Becoming a fur parent is one of the best decisions you could make. Raising a pet, a dog specifically, will turn your life around in ways you would never have anticipated. Unfortunately, this decision proves harder to make for some people compared to others. For instance, if you suffer from allergic attacks.

Allergic attacks are not to be taken lightly. At best, they inconvenience the daily routine of those afflicted, and, at worst, they could be deadly. That said, everyone should take an allergy test at least once in their lives to pinpoint what triggers these allergies.

If your test declared canine dander, those flakes of skin caught in a dog’s fur, as a culprit of your allergy, do not fret. You can still pursue your dream of becoming a fur parent. Some dogs are considered hypoallergenic. That means they don’t shed as much. Less shedding equates to less dander.

Here are six hypoallergenic dogs you might want to take home.

These dogs once served as trusted companions to wandering Buddhist monks. And none of those holy men sneezed. That’s because, despite the Tibetan Terrier’s fluffy appearance, they shed very little.

The only downside, these dogs require intense grooming. If you do not want to see that fluffy fur get all tangled and messy, you will need to follow a regular washing and brushing routine.

The Bichon is cited in the American Kennel Club’s (AKC) list of the best hypoallergenic dogs. That citation means a lot given how the AKC is the go-to resource for all things canine. You can not get a more expert recommendation about dog-related concerns than one coming from the AKC.

In French, Bichon Frise means “fluffy white dog.” That’s an on-point descriptor for these tiny furry angels, that will snugly fit even in a tiny house.

Maybe you’re not familiar with this dog breed. But if you’ve seen the movie As Good As It Gets with Helen Hunt and Jack Nicholson, you’ve already seen one of these babies. They make good canine actors because these dogs are expressive and affectionate.

They are hypoallergenic, too. They hardly ever shed. So if you want a pet that won’t make you sneeze and has Hollywood potential to boot, a Brussels Griffon could be your dream doggo. 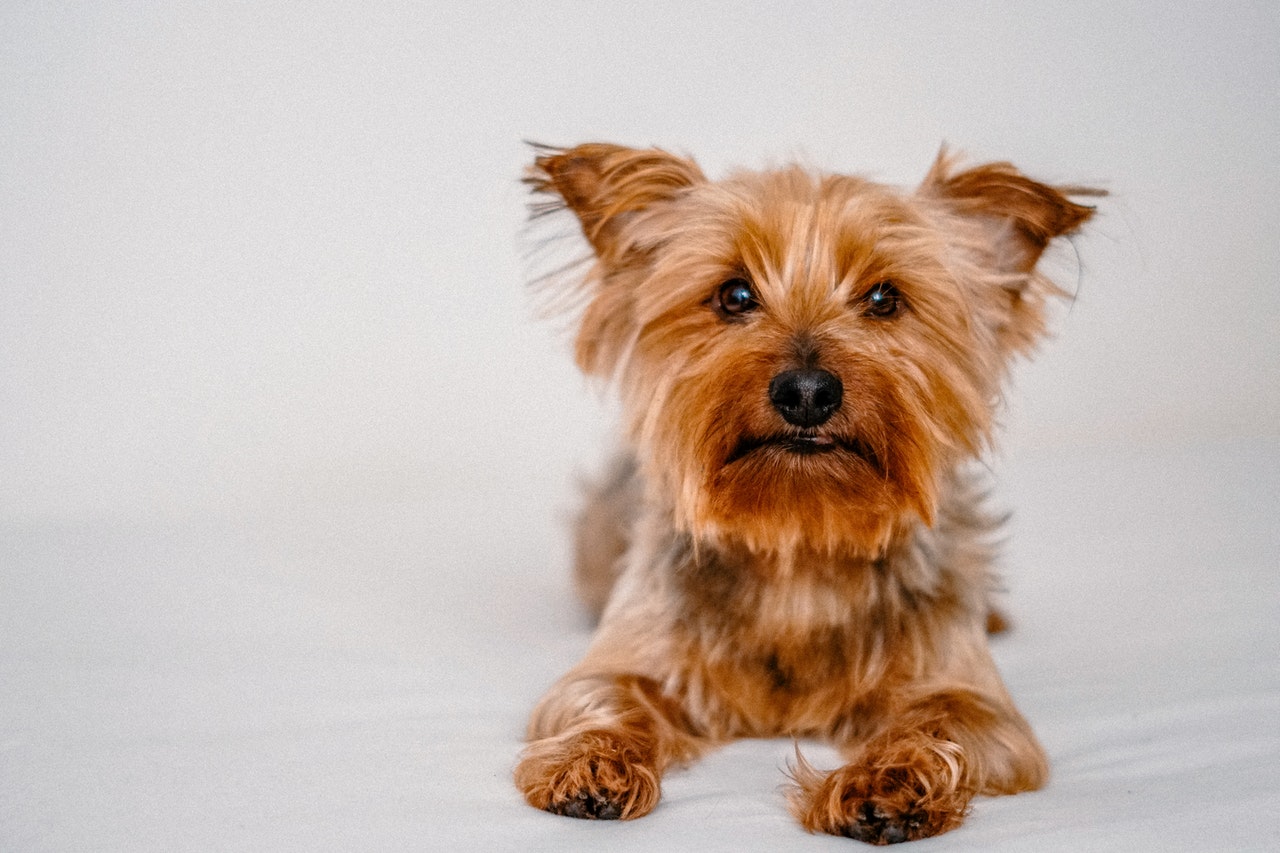 If you’re looking for a dog you can put inside your purse for when you go grocery shopping, the Yorkshire Terrier fits the bill. But do not get fooled by this dog’s diminutive appearance. They make up for it with a larger than life attitude.

Yorkshire Terriers might give you a little attitude here and there, but at least they don’t emit allergy-triggering dander. Their fur has almost the same texture as human hair. It’s sneeze-free.

If you’re prone to allergies, you can’t get any safer than choosing a dog with the word “hairless” in its name. And the American Hairless Terrier lives up to its moniker. This dog won’t shed because they don’t have anything to shed in the first place.

On top of being shed-free, these dogs are intelligent and friendly. They do not require too much exercise; hence they are apt for city dwellers without the privilege of a backyard or front yard. Playtime indoors should suffice for these low-maintenance doggos.

Although they look fluffy, Shih Tzus are considered hypoallergenic. But that’s not the only thing that makes these dogs special. Shih Tzu’s canine history is traced all the way back to the Tang Dynasty. They used to serve as companions to China’s ancient royalties.

Now, Shih Tzus are everywhere. But they still have that regal flair. These dogs require regular grooming, so be prepared.

Making sure that your doggo follows strict hygiene will also lessen the risk of too much shedding. Regularly wash your pet with canine shampoo. Brush the length of their torso with a soft-bristled comb, even if they have little hair. These will keep their fur and the skin underneath healthy.

Raising a dog affords you with lots of benefits. To cite an example, whenever you look into your dog’s eyes, your brain boosts oxytocin production. That is otherwise known as “the love hormone.” Oxytocin allows you ease in forming social connections. It’s also linked with mood regulation, meaning it keeps you happy.

And who doesn’t want to feel happy? Now, visit a nearby pet shop, or better yet, a nearby dog shelter, and look for any of the canine breeds mentioned above.