For decades, the population of dog owners has been growing, amounting to 38% of U.S. households being dog owners. But even then, misconceptions on “dangerous” dog breeds still circulate in the media and the internet. When statistics on dog breeds are published in percentages such as “77% of dog bite incidents are from pit bulls,” it can be jarring for readers. When in fact, the full context of this statistic entails that in the whole year of 2020, 33 of those dog attack fatalities were caused by pit bulls. So, it’s time to debunk the prejudice against pit bulls.

The Origin of the Pit Bull

The Pit Bull Terrier is considered a family dog. The breed originated from the United Kingdom, and its earliest roots were traced back to the 1800s. These dogs were initially bred from Old English Bulldogs that became popular in Britain for bull-baiting. Which was a gruesome blood sport involving pitting a bull against another animal, often a dog. These dogs were then brought to America and were bred to take on an all-around role other than fighting. These roles included herding sheep, helping in hunts, and even became a family dog.

Despite their bloody origins, pit bulls have earned a place in society for being one of the loved breeds and best family dogs. But because of the media in the late 80s, the pit bull has been the hallmark of “Beware of Dogs” posters and the notion that dogs can be violent and aggressive.

The Prejudice Against Pit Bulls

The prejudice against pit bulls started in the 1970s. Ironically, it stemmed from a movement to abolish dogfights as a sport. These organizations then advertised this movement by having dogs who were involved in the sport pose in posters. The media quickly caught on and created a stigma that these dogs were violent and aggressive.

After the press painted these dogs as dangerous, it didn’t help how anecdotes toward pit bulls varied. Many accounts involved pit bulls attacking children and people, and other anecdotes conform to the idea that pit bulls are as loving as other dog breeds. Unfortunately, the negative stories on pit bulls are more apparent in media to a point where the breed is banned in some countries and states. 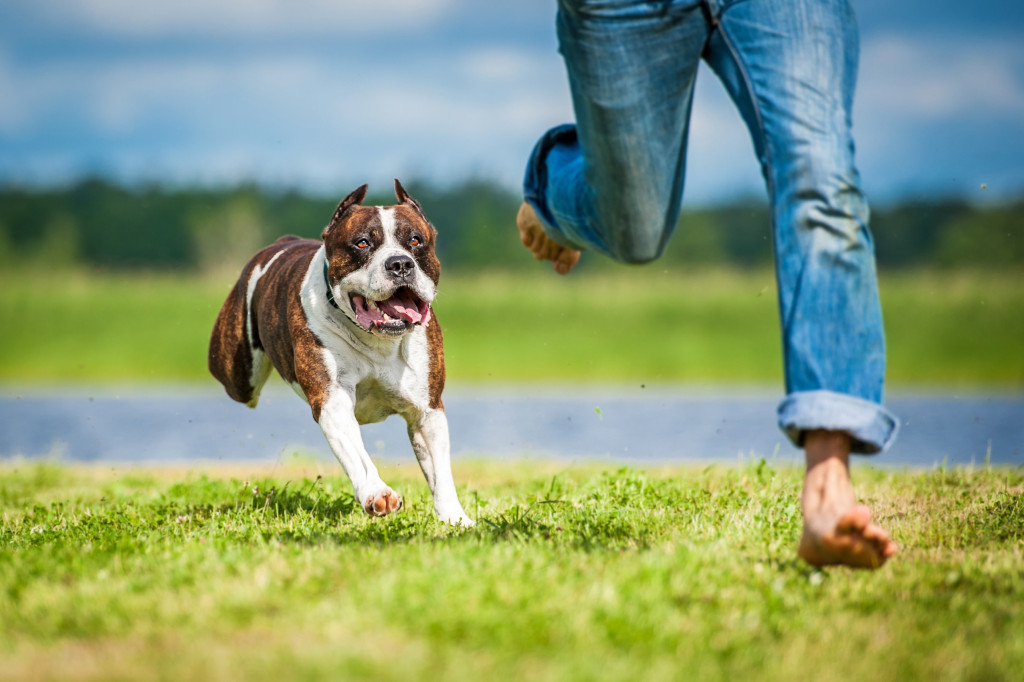 So Are Pit Bulls Good or Bad?

As much as these dogs have a gruesome history and a physique that screams “strong,” the pit bull is a loving dog just like any other breed out there. The only reason why they can become aggressive is either because they’re participating in dogfights or they do not feel safe in their home.

Just like any other breed, survival instincts can trigger them to become defensive. Aggressiveness is not exclusive to just one breed. It can be found in almost all dog breed, especially if their purpose is to become a guard dog or a hunting dog.

How Do I Make Sure My Pit Bull Doesn’t Hurt Anyone?

Just like any other dog, obedience training is a must. Training your dog to behave is the building block to responsible pet ownership. Dogs that aren’t trained tend to be unruly and aggressive due to the lack of discipline. This applies to pit bulls. A well-trained pit bull will learn to behave and not attack people around them. In fact, pit bulls earned the title of being a “nanny dog” because of their gentle, loving, and courageous demeanor, which guaranteed a child’s safety around them.

Being a responsible dog owner by having a well-trained dog eliminates the risk of having your dog be aggressive and violent toward people and other dogs. Just like us humans, your behavior depends on your upbringing.

The misconception that pit bulls are violent and aggressive should be cleared out and should not be a determining factor when picking a dog to own. Likewise, banning pit bulls because of stigma should be lifted as these dogs are just like any other dog breed. Irresponsible ownership of a pit bull or any other dog breed can result in aggressive behavior toward other pets and even people.

Pit bulls are loving and loyal dogs who like to please their owner. They may look tough, but they possess a big heart toward their owners. A pit bull’s mind is wired to make its owners happy and content. So don’t let their tough-looking appearance fool you into thinking that they are wired to hunt and injure.

If you’re looking to own a dog, make sure you have the time and energy to discipline them. Large breeds of dogs are tailored to being guard dogs or handling more complex tasks, while smaller breeds are more suited for companions. Choose a breed that suits your needs and capabilities. After all, responsible ownership of pets prevents them from misbehaving.