Technology has significantly changed the way people shop. E-commerce, for example, has made acquiring various products and services easier. It also became a lifeline for many people during the pandemic as brick-and-mortar businesses shut down and social distancing rules were imposed. For consumers, it was a way to shop from the safety of their homes. For retailers, it saved them from having to halt operations.

The use of digital wallets such as PayPal, Venmo, and Coinbase has also increased. Around the world, payments through cash are increasingly becoming unpopular, especially during the pandemic when the exchange of paper bills has become a potential way of catching the virus. This led to consumers turning to other ways to pay for their purchases, and that includes digital wallets.

The Rise of Digital Wallets

For years, digital wallets have been enjoying a steeply rising rate of usage. However, it became mainstream when the pandemic hit. COVID-19 significantly accelerated the adoption of digital wallets. By 2020, it has overtaken cash.

The data released by FIS Global Payments Report revealed that digital wallets accounted for 25.7 percent of all point of sale spending in the world in the past year. Cash, meanwhile, was the least popular, being used in only 20.5 percent in online and in-person transactions. Both credit and debit card use was higher at 22.4 percent and 22.3 percent respectively.

So, it makes sense for retailers both online and brick-and-mortar stores to be open to omnichannel payments. By allowing consumers to choose the payment method they want, businesses can potentially increase sales.

Just imagine a customer walking into a store without cash in hand but with the intention to make a purchase. If the store does not accept digital wallets, they may walk back out, preventing the business from making a sale.

A previous study by MasterCard showed how popular digital wallets have become. The financial institution analyzed millions of conversations about new ways to pay across multiple social media platforms, including Facebook, Instagram, Twitter, and YouTube. It discovered that digital wallets were mentioned in 75 percent of all conversations.

Consumers prefer it because it is convenient. Most people cannot leave their houses without their smartphones anyway. Even if they leave their wallets at home, they can use digital wallets to purchase products and services.

Benefits of Digital Wallets for Businesses 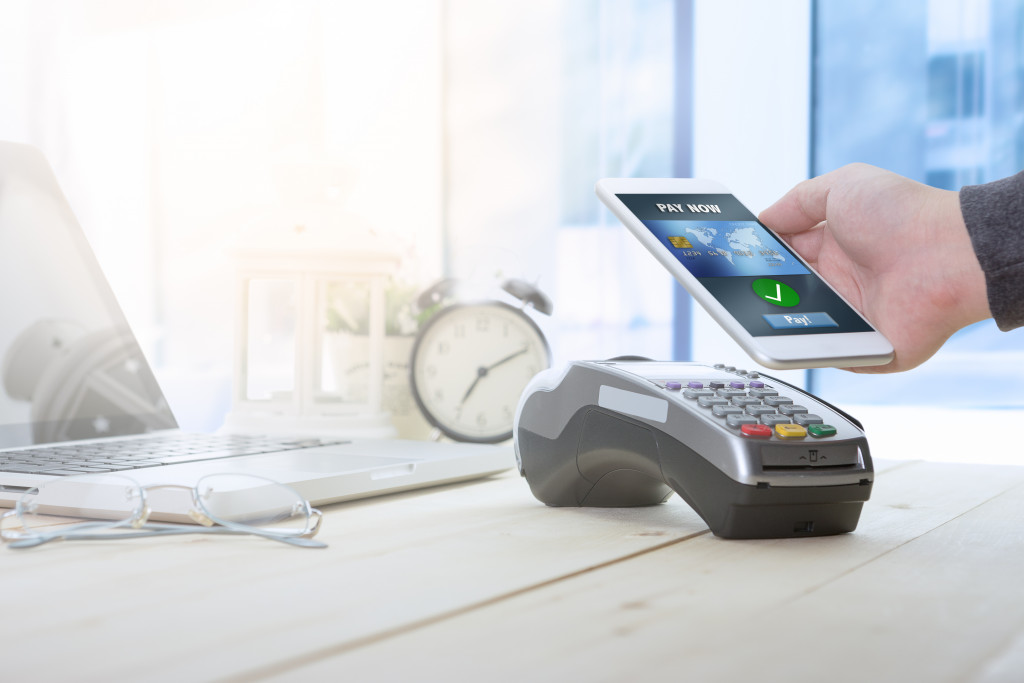 However, the benefits of increased digital wallet use also extend to businesses. The tech offers an easy way to pay, removing frictions that may inhibit consumers from completing transactions.

Consumers no longer have to fish for their wallets, bills, and coins, and credit or debit cards from their bags or pockets at the till. There is also no need to punch PIN codes or sign recipes to authorize payments. Customers would not have to run to the nearest ATM to withdraw cash.

The less friction there is, the more willing consumers will become to make a purchase.

By encouraging digital wallet use, retailers will also eliminate the waiting lines, especially at the counter. People can come in and out of the store at a much faster rate.

It is no secret that consumers do not like waiting. People have more important things to do than stand in line for several minutes to pay for their purchases. With digital wallets, the cashier would not have to count paper bills and compute for the change. Customers only have to wave their smartphone or smartwatch at the machine to complete the purchase.

The benefits also reach e-commerce platforms. By accepting payments via digital wallets, there will be fewer abandoned carts.

Most importantly, retailers have to embrace digital wallets or lose consumers. The young generations are no longer carrying cash. In fact, in one report, it was revealed that one in four Millennials have less than $5 in their pockets most of the time. Consumers are demanding that more businesses accept digital payments.

Around the world, more countries are also moving toward a cashless society. Singapore, Sweden, the Netherlands, France, Belgium, and Canada are making efforts to reduce the use of paper bills for online and offline transactions. While the United States has been lagging behind the adoption of digital wallets, it is only a matter of time until physical cash becomes irrelevant.

Cash has been overtaken by digital wallets during the pandemic. From hereon, it likely will only become more popular as more retailers start to accept it. Businesses should embrace digital wallets or be left behind.